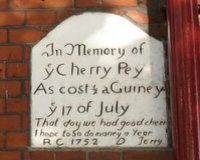 Bouncers bounce back at KFC», 7.7km