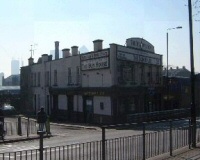 The Marquis of Cornwallis», 2.0km