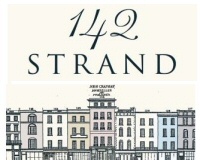 They contributed to Chapman's campaigning Westminster Review and attended his lively evening parties.

In 1851, Chapman brought Marian Evans - the future George Eliot - to London to edit the Review. Her arrival caused rows in the household, which included Chapman's wife and also his mistress.

The story is immortalised in the 2006 book by Rosemary Ashton.