The Eagle at Snaresbrook 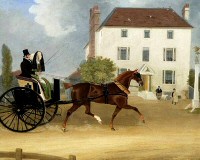 Description: The Eagle is an old coaching Inn on the A11 on the way to and from London and Newmarket, dating from the early 17th century. Winston Churchill (once MP for Wanstead) drank here. The present building dates from the 18th century.

Originally known as the Spread Eagle and more recently, sadly, as a Toby Carvery.

It's often frequented by jurors and defendents from Snaresbrook court across the road.

The painting is a James Pollard from the early 19th century. One of two he painted of the Eagle. 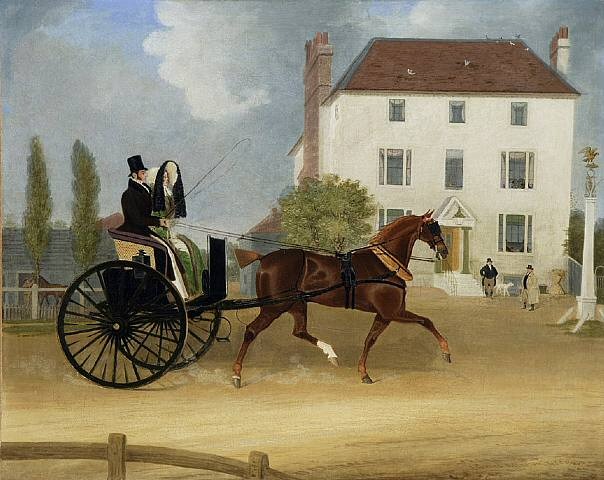 3» Sir Henry Irving stayed there in August 1896. Anyone know why? (Laurence)
Posted by Laurence on 2010-08-21
2» Originally known as the Spread Eagle and more recently, sadly, as a Toby Carvery. Huh, nothing sadly about it: The carvery is really good!! Who wrote that!?! (Ms Pauline Grace)
Posted by Ms Pauline Grace on 2009-10-06
1» I know this place very well, spent many a Friday night in their in the late 1970s when I was in the Snaresbrook & Wanstead Young Conservatives or (SWYC...wonder if anyone else out there was in the same gang. (Colin Rixen)
Posted by Colin Rixen on 2008-05-22