The Children of Capland Street 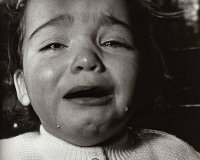 This is where the famous Capland Street ghost story was based.

Description: This road has a long connection with a ghost story of children crying at night here. Some locals believe the stories to derive from children who died at an orphanage which stood between here and the Euston Road once.

Others say the story derives from a cobbler called Nicholls who lived here, and one day was dismissed from his work on the Edgware Road. Wracked with debt he killed his 4 youngest children by slitting their throats before committing suicide.

Henry Duggan published a story similar to this in a pamphlet at the time and an inquest was reported in The Times on 18th April 1872.

The Children of Capland Street», 0km