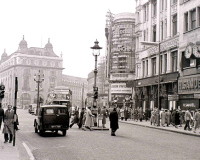 The site of a series of an alleged vampire flap in 1922.

Description: This was the location of a vampire flap in April 1922.

The first attack happened at 6am on April 16th, when a local clerk walking to work down Coventry Street claimed that an invisible force had jumped from the shadows bitten his neck and sucked his blood out, and felt a bit dizzy.

He woke up in Charing Cross Hospital where the doctors told him he had been stabbed with some type of thin tube.

Later that day two other victims were brought to the same hospital and suffered the same wounds and had the same experience at the same turning here on Coventry Street.

The police could not fathom as to what had happened, while the press were quick to lap up the grisly rumours that a vampire-like attacker was on the loose.

There was a rumor that the police hired a vampire hunter, where he chased the being and stabbed him in the heart with a stake. The corpse being taken to Highgate Cemetar - soon after the attacks stopped. 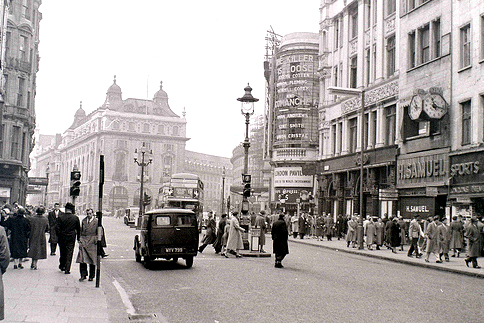 The Children of Capland Street», 1.9km