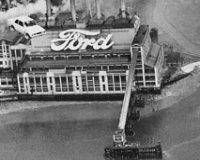 The home of Ford and British car making for 70 years.

Description: The Ford plant at Dagenham was one of the UK's largest car factories employing nearly 8,000 of the automobile company's 30,000 British workers. The car assembly line alone was manned by more than 4,500 people.

Dagenham was at the spearhead of Ford's attempts to corner the British car market.

The first vehicle it produced was a Model A 30cwt truck which rolled off the production line on 1 October 1931.

The factory also made the Model Y, the first four-seat saloon to sell for 100. After the war, Dagenham switched production from Bren Gun Carriers to V8 Pilots.

Ford Populars, Cortinas, Capris and Sierras have been among the more than 10 million cars made there.

Three million Cortinas were built at Dagenham between 1962-1981. But the Fiesta has been the only model built there since 1990.

A month-long dispute closed the factory in 1969 and cost Ford 40m. 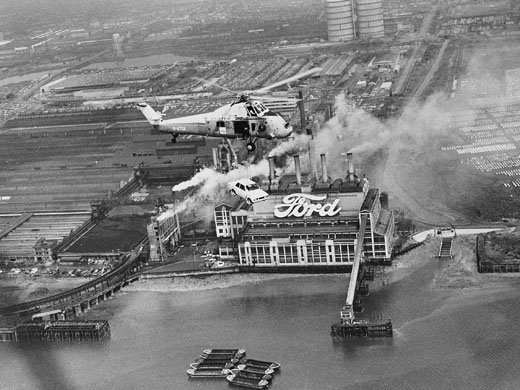