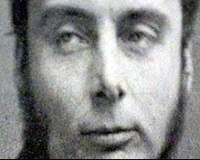 Here in 1876 Charles Bravo was poisoned and died.

Description: On April 21st, 1876, a British lawyer, Charles Bravo, a newly-wed with many enemies, died from antimony poisoning.

The case was never solved, but his wife Florence was one of the main suspects. And there were plenty of suspects.

It was a much celebrated and unsolved case spawning lots of tabloid speculation and books in the age of the Ripper.

2» The Priory is now divided into upscale condominiums for sale. (Cindy)
Posted by Cindy on 2007-06-13
1» Charles Bravo accidentally killed himself - he meant to take Epsom Salts but took antimony instead by mistake. (Philip Gelding)
Posted by Philip Gelding on 2006-11-03