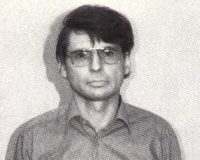 The home and place of arrest of serial killer Dennis Nilsen.

Description: On 7th February 1983 Dyno-rod were called to the flats here because residents were complaining that their toilets would not flush properly.

When the engineer entered the manhole next to the building he found whitish sludge flecked with red, and lumps of rotting meat - some with hair attached.

The police were informed and when they arrived the following day to search the drain they discovered bone fragments as well as flesh - of human origin.

On that day the occupant of the attic flat, Dennis Andrew Nilsen, was at work at the Job Centre in Soho. When he returned home that evening he was met by detectives. When told about the human remains found, he replied 'Good grief, how awful.'

Going on instinct the detective asked wheres the rest of the body?, Nilsens response was 'In two plastic bags in the wardrobe, Ill show you.'

When he was asked how many bodies, one or two, he stated 15 or 16 since 1978 - 3 at Cranley Gardens and about 13 at my previous address, Melrose Avenue, Cricklewood - buried in the back garden.

Nilsen was arrested and spent hours giving a detailed confession of all the murders that he had committed.

All his victims had been young men who he picked up from the streets or pubs that were known to have a high volume of homosexuals. Many had been homeless and willing to do sexual favours for food, drink and money.

The Assassination of Mr Thynne», 5.5km