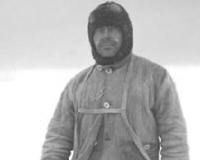 Scott of the Antarctic lived here while planning his expeditions

Description: Naval Officer Robert Scott (of the Antarctic) was more often at sea than ashore. Scott's two sisters, Kitty and Monsie took rooms over a milliner's shop here in 1896.

His mother later moved there after her husband's death in 1897. And during the planning of the Discovery expedition Scott lodged here as well, each morning setting off by foot to the expedition's offices at 1 Savile Row.

Upon his return from the Antarctic late in 1904 Scott moved the family to a rented house at 56 Oakley Street.