The Man who knew everything 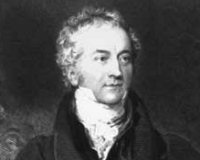 Thomas Young is known as the last man who knew everything.

Description: Thomas Young's epitaph in Westminster Abbey states that he was ...a man alike eminent in almost every department of human learning.

Born a half century after Newton's death, Young (17731829) disproved the great scientist's theory of light, demonstrating with a now-classic refraction experiment that light travels in waves.

He showed how the eye is able to change its depth of focus by becoming more or less convex, and was the first to conceive the correct theory of color vision (which wasn't proved experimentally until 1959) and to accurately explain colorblindness and astigmatism.

In between all of this, he was a practicing doctor and made substantial contributions to translating the Rosetta Stone.

In our age of specialization, it's inconceivable that one man could make breakthroughs in so many different fields; toward the end of his life, Young wrote 63 articles for the Encyclopedia Britannica.

While not yet thirty he gave a course of lectures at the Royal Institution covering virtually all of known science. But polymathy made him unpopular in the academy. An early attack on his wave theory of light was so scathing that English physicists buried it for nearly two decades until it was rediscovered in France. But slowly, after his death, great scientists recognized his genius.

He published many of his first academic articles anonymously to protect his reputation as a physician.

He lived here from 1799 as a practising physician.

There is a plaque here put in 1951, which replaced the previous one erected in 1905.